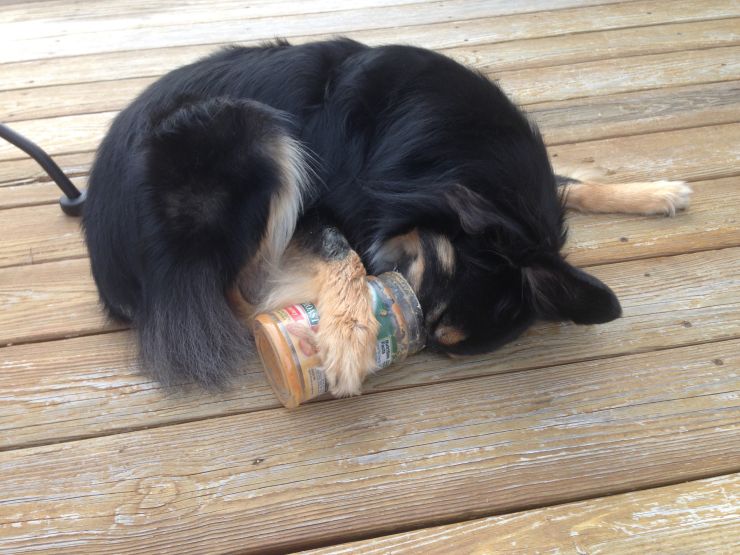 Some of the CBD industry’s biggest consumers aren’t even human.

Dogs and cats are increasingly taking the non-intoxicating cannabis compound as their owners seek to provide relief to their four-legged friends for everything from anxiety to pain and seizures. While there’s scant data proving CBD works for any of these ailments, some people are swearing by it and more vets are prescribing it.

“I don’t think people should think of this as a panacea and start giving CBD to their pets for every ailment,” said Dr. Francisco DiPolo, a veterinarian at Worth Street Veterinary Center in New York City, who prescribes it for some of his patients. “I think it’s powerful and we need to learn more about it.
Lucrative market

CBD is one of the hottest consumer products in the market today. It’s being added to everything from tea to body lotion and meatballs. Pet products are another possibly lucrative market since people love splurging on their pets. Last year, Americans spent $33 billion on pet food and treats, according to Nielsen.

Sales of CBD pet products quadrupled last year to $32 million from $8 million in 2017, according to the Brightfield Group. The cannabis-focused research firm estimates the market could balloon to $1.16 billion in the U.S. alone by 2022.

Joanne Schaus found CBD oil online. She said her 11-year-old Australian Shepherd, Skid, “gets wired” when it storms, a frequent occurrence in her home of Oconomowoc, Wisconsin. The lightning, thunder and sometimes even just rain cause him to pace and pant.

She’s tried just about everything, including buying Skid a thundershirt. Nothing worked. She read CBD might help, so she gave it a try. After a few weeks, he stopped panicking.

“He just didn’t even notice the storm,” Schaus said. “I can’t say it’s completely fixed him because if we get a huge thunderclap he does get a little nervous.”

Despite the hype, there’s hardly any data proving CBD helps pets. Small studies have shown CBD reduced the number of seizures in dogs with epilepsy and made dogs with osteoarthritis more comfortable.

“There’s a lot of anecdotal stories about it but no science,” said Dr. Stephanie McGrath, who is studying CBD to treat dogs with epilepsy at Colorado State University.

The Food and Drug Administration hasn’t approved cannabis products for human or animal consumption and cautions against giving it pets. The American Veterinary Medical Association doesn’t have a position directly related to marijuana products for pets, spokesman Michael San Filippo said in an email.

That hasn’t stopped CBD from becoming a huge trend — and a big business. 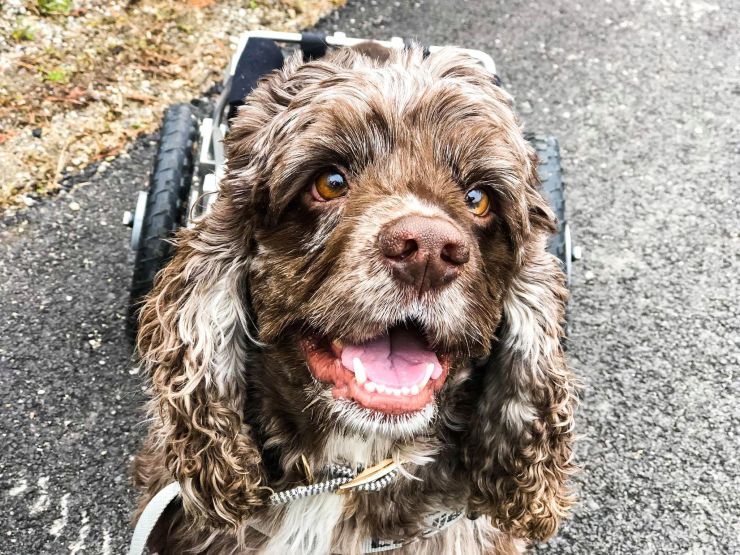 Charlotte’s Web, a pioneer in the CBD oil industry, introduced its first ingestible oil for dogs in 2016. On Wednesday, it rolled out a full line of new products for canines, including a chicken-flavored CBD oil, semi-moist meat chews and a balm that’s safe for dogs to lick, among other products.

The company saw the growth estimates for CBD pet products and decided the market will become a “big chunk of business” in the CBD industry, said senior marketing manager Antoine Awwad. It also found many people who first buy CBD for their pets later buy some for themselves, he said. Schaus said she and her Australian Shepherd both use it now.

“The pet owner of today tends to look at their pets as children or members of their family and with that, how do they best provide for their health,” said Charlotte’s Web Director of Product Development Kelsey Morrison, who previously worked at Nestle’s Purina pet care brand.

Petco said while it carries some hemp seed oil supplements for dogs, it does not carry products with higher concentrations of CBD. The company said it’s “closely following the trends and changing regulatory landscape to ensure” it’s “positioned to lead the industry and evolve” its “product assortment to meet the demands of modern pet parents in a safe and effective way.”

DiPolo suggests people talk to their vets before giving their pets CBD. The products aren’t regulated, meaning concentrations, extraction methods and general quality of products vary widely. He doesn’t recommend it to all his clients.

“It’s not as effective as people may think it is and there are other alternatives that might work,” he said.

Shelby Doyle started giving her 5-year-old cocker spaniel Charlie CBD earlier this month. Charlie became paralyzed in July after a slipped disc ruptured his spine and now uses a wheelchair. She shared her story in a Facebook group where someone suggested she try CBD.

Doyle conducted some research and asked her vet, who didn’t recommend it but said it wouldn’t do any harm. She decided to give Charlie CBD oil to help with his arthritis and anxiety.

“So far I don’t see anything too majorly different,” said Doyle, a 23-year-old graduate school student in Louisville, Kentucky. “But nothing bad has happened.”

KEY POINTS Like other food and drink giants, Mondelez is exploring adding CBD to its…

Cannabis strains can produce an array of flavors, one of the most common being citrus.…