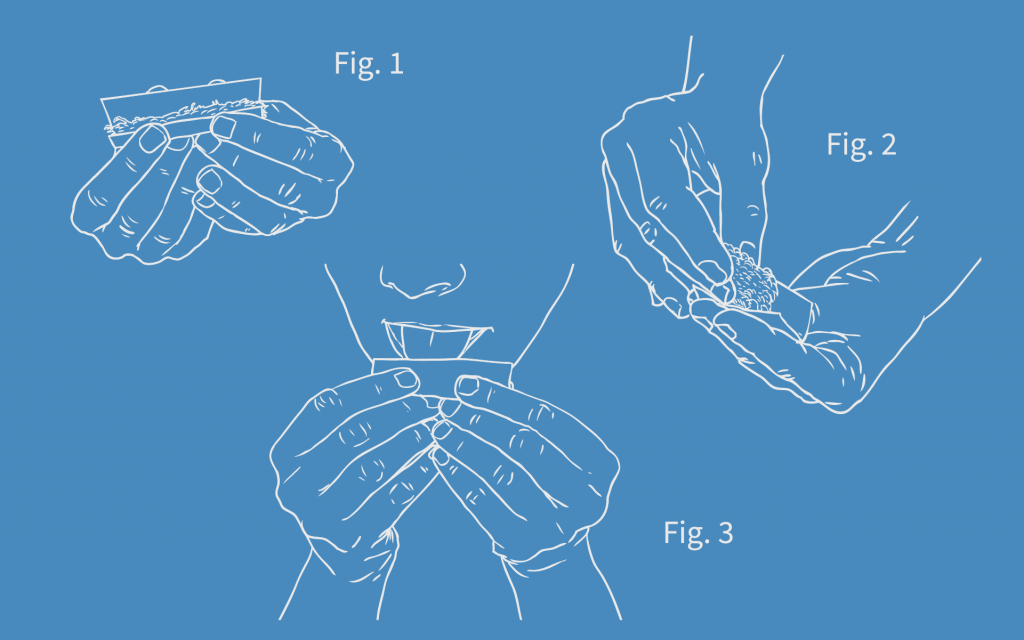 Does mixing cannabinoids into tobacco make for a safer cigarette? Multistate medical cannabis producer Vireo Health seems to think it does.

The physician-led company announced on Thursday that it has secured a patent for “tobacco products infused with cannabis,” including cigarettes, cigars, pipe tobacco, and smokeless tobacco products. According to US Patent and Trademark Office documents, Vireo intends to market the cannabinoid-infused products as safer alternatives to traditional tobacco.

Many in the cannabis community view adulterating cannabis with cancer-causing tobacco as an abomination.

“As a physician, I am passionate about finding ways to use cannabis to reduce the harmful effects of tobacco,” CEO Kyle Kingsley said in a press release, “We look forward to collaborating with research institutions and tobacco companies committed to developing less harmful tobacco products.”

To be clear, mixing cannabis and tobacco is hardly a new invention. In many parts of the world, including much of Europe and the Caribbean, consumers regularly roll the two together into what American consumers refer to as a spliff. Another common cannabis consumption method, the blunt, consists of cannabis rolled in a tobacco wrap or leaf.

But while many in the cannabis community view adulterating cannabis with cancer-causing tobacco as an abomination, Vireo’s doctors are reframing it as a “harm reducing” innovation that could “disrupt the tobacco industry and help save lives.”

Here’s how Vireo describes the concept in its patent application:

A substantially pure fraction of at least one cannabinoid is added to smokable or smokeless tobacco products to reduce the harm associated with tobacco use. The harm to be reduced includes irritation and carcinogenicity of tobacco. In a preferred embodiment a whole plant cannabis extract is mixed directly with the tobacco during the curing or manufacturing process. For cigarette applications the cannabinoids may be inserted into a cigarette filter, and/or paper. In other embodiments the cannabinoids are purified.

That’s patent-speak “put cannabis and tobacco together and roll that shit up,” though the application also includes various other product formats, such as snuff and “mouthable” products, that it says could benefit from added cannabinoids.

As for the claimed harm-reducing properties of the products, Vireo points to studies that indicate cannabinoids can have anti-inflammatory properties, which could help ease tobacco-related irritation of the mouth and throat. Cannabinoids may also reduce cancer risks from smoking, the Vireo patent application says, citing studies in mice.

“The use of cannabinoids as tobacco additives,” it says, “may be particularly useful as a mechanism to reduce the carcinogenicity associated with tobacco products. Substantial evidence has been presented that these compounds can reduce tumor growth in animal models of cancer.”

It’s no secret that the tobacco industry has long sought to make and market a safer cigarette, especially as health concerns and legal liabilities grew during the second half of last century. But as Vireo’s own patent application acknowledges, past efforts to address tobacco’s health concerns have often resulted in less satisfying cigarettes:

Various attempts have been made to address cigarette health problems through reformulation of cigarettes. For example, special blends of tobacco have been formulated for cigarettes with reduced levels of tar and nicotine. Unfortunately, each reduction of the tar and nicotine level has been accompanied by a corresponding reduced level of user satisfaction requiring unhealthy longer, stronger puffs to increase smoker’s satisfaction.

If Vireo’s claims hold true, cannabinoid additives could ultimately help cigarette smokers keep smoking, albeit at somewhat reduced risk. And that could be good news for tobacco companies, which last year saw US smoking rates fall to record-low levels.

Patent notwithstanding, it will likely be some time before cannabis-infused cigarettes or other tobacco products roll out in most markets. Many legal-cannabis states bar cannabis retailers from selling any tobacco-containing products.

As the Vireo press release notes, “The Center for Disease Control & Prevention report that the use of tobacco is not only the leading cause of preventable disease in the U.S., but also imposes significant economic costs. Specifically, smoking-related illness in the United States costs more than $300 billion a year, including nearly $170 billion in direct medical care for adults.”

Every consumer marketplace moves on the differences between men and women, and cannabis is no…